To understand the works of the artist, you need to plunge into the atmosphere that surrounded him. The Rembrandt House Museum (Museum Het Rembrandthuis) in Amsterdam is a unique collection of paintings, prints and fragments of everyday life recreated bit by bit.

The Golden Age of Dutch Painting

Rembrandt Harmenszoon van Rijn is the most famous representative of the Golden Age of Dutch painting. Born into a miller's family in Leiden, Holland, the boy takes lessons from the best Leiden master. When Rembrandt moves to Amsterdam in 1623, Pieter Lastman helps to give birth to a genius.

Talent and amazing capacity for work allowed in 1639 to acquire a wonderful house at 4 Jodenbreestraat.The artist, accustomed to living on a grand scale, was never able to pay off creditors. After 17 years, he had to file for debts. A collection of Italian masters was sold at the auction - busts and paintings, rare Japanese weapons and many works by the artist himself.

Foundation of the museum

In 1911, at the behest of the Queen of the Netherlands, a museum was founded in the house. Household details have been recreated thanks to auction lists. For example, out of 290 engravings by the famous painter, 260 are presented in the museum.

There is a funny story about the print of Three Trees: Rembrandt at the burgomaster's reception noticed that there was no mustard on the table. A servant was immediately sent for her. The artist, aware of the slowness of the messenger, made a bet that he would sooner engrave the board than they would see the mustard on the table. The bet was won.

But he became famous as a portrait painter who knows how to capture the mood and character of the model.It was on portraits that the bulk of his fortune was earned.There are over 100 self-portraits of the master. 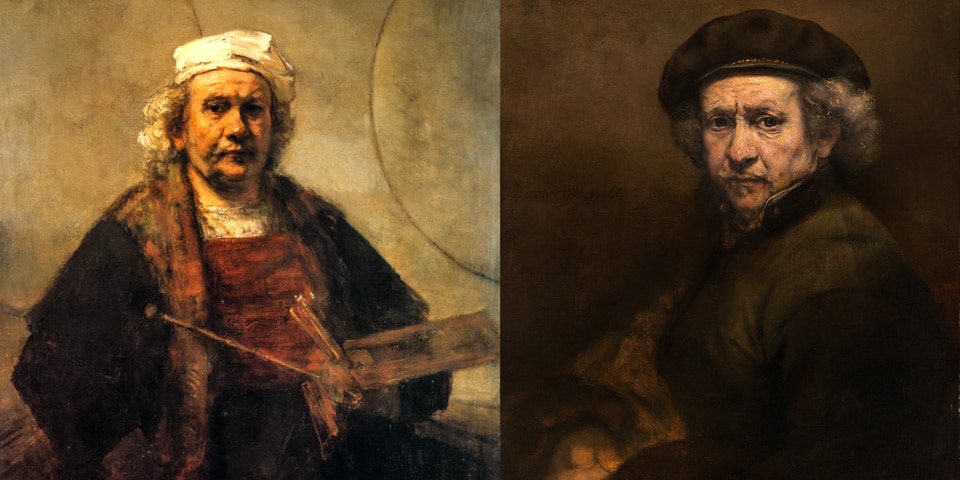 They can be used to trace the mood and life of a genius: From a rosy and full of hope youth, gradually turning into riotous and successful maturity and ending with pale colors of poverty, fatigue and disappointment at the end of life.

The plots of most of his works correspond to the spirit of the Puritan era - biblical sketches, the life of pious contemporaries.

In his youth, Rembrandt allowed him to turn to pagan and masquerade themes, especially during his first marriage.

In his personal life, he was lucky - he marries his best model Saskia van Uylenburgh, the daughter of a well-to-do burgomaster. Since at that time the artist was very popular, it is not possible to call this marriage an element of calculation. The most famous paintings with Saskia are "Saskia Flora" and "Self-portrait with Saskia on her knees." Alas, Saskia dies at the age of 29, leaving Rembrandt with a newborn son. 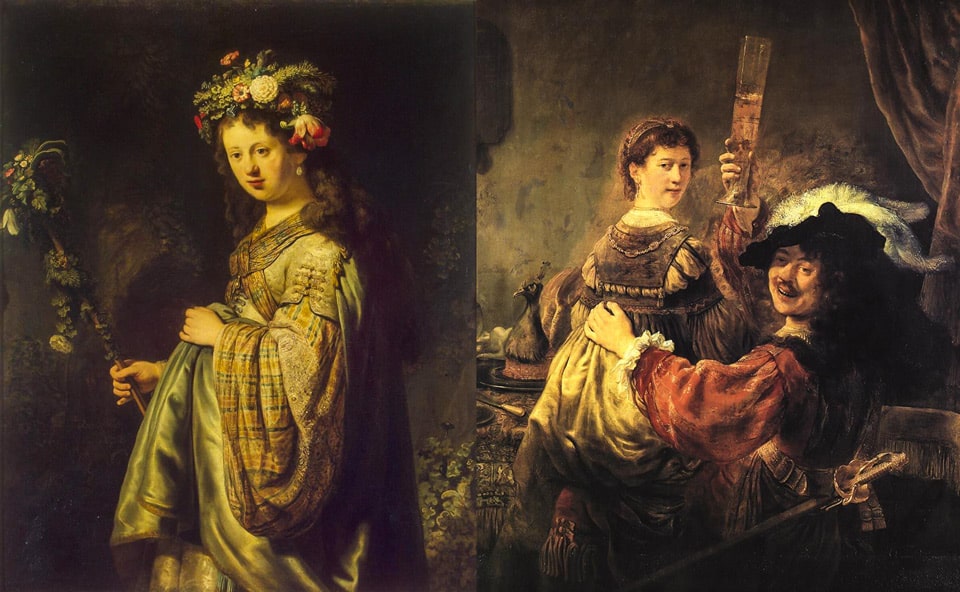 Rembrandt is known for scandals with his mistresses after the death of his wife. The son's first nanny, after being put on the street, filed a lawsuit in the hope that the church would take her side. Puritan morals were not on the woman's side. The second concubine was the maid Hendrickje, whom Rembrandt survived, like his son. He died in poverty and loneliness.

You can sign up for master classes and try yourself as an artist of the 17th century. You have to learn the art of engraving, try to stretch a canvas or stir paints according to the genius's recipe.