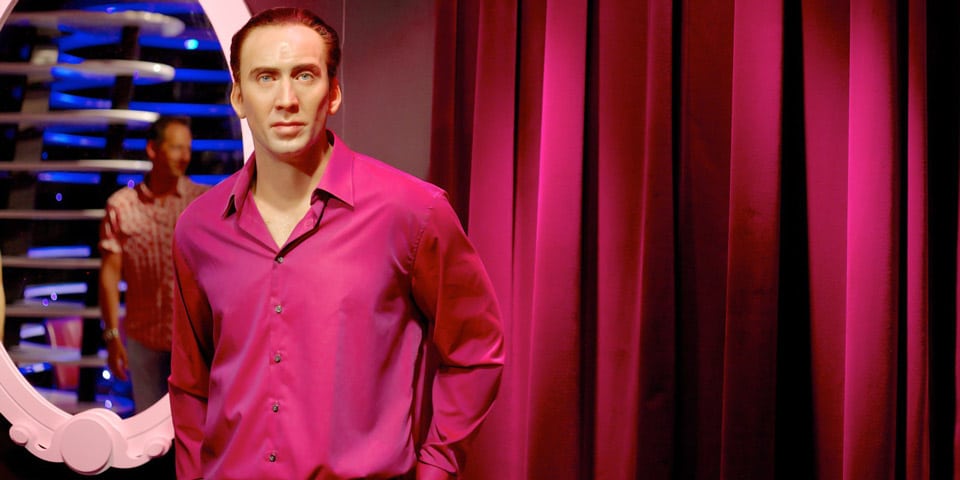 Madame Tussauds is one of the most popular waxworks museums in the world. The central office is in London, but today there are 19 branches around the globe.

The very first branch was opened in 1971 in Amsterdam - Madame Tussauds Amsterdam. 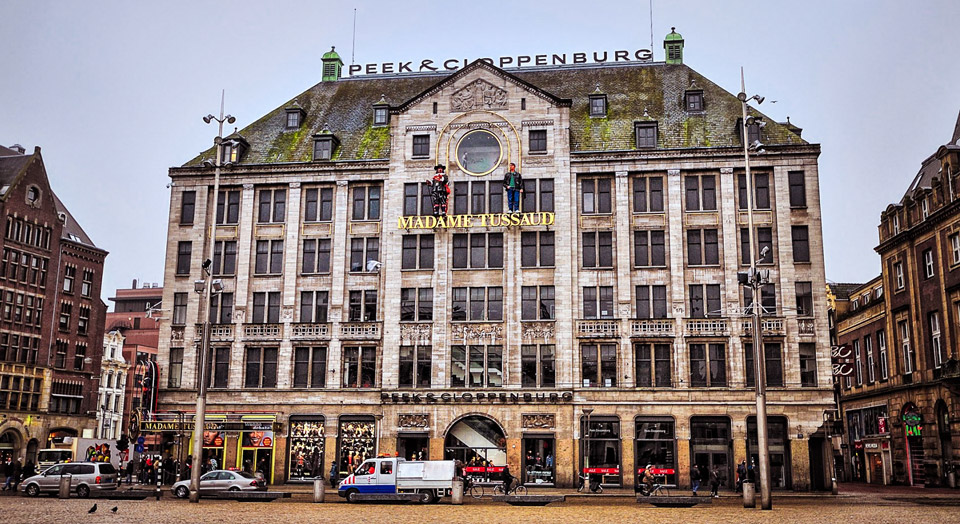 The collection at the time numbered 20 figures. Today there are already about 50 of them. In addition, every year the number of exhibits grows, and the storylines become more and more numerous.
The figures are full-length and many bear a striking resemblance to the originals. Naturally, it is difficult to say how much a wax Rembrandt is like his real character. But the figures of famous actors and musicians or great athletes or famous political figures are quite easy for anyone to appreciate.
And, you can not only take pictures of the museum exhibits, but also touch, hug and pat on the shoulder. Original, well thought-out interior design, music and sound accompaniment, unexpected effects - all this will leave a lot of impressions and, if desired, a huge number of photos.

Among the disadvantages are two:

Back in 1770, the first exhibition of wax figures took place in France. The works of Dr. Philippe Curtis, who served at the court of Louis XV, were presented to the general public. These were figures of famous people, including the king and his young wife.
One day, as an almost child, Maria Tussauds, daughter of Curtis's housekeeper, walked into the workshop and what she saw struck her and fascinated her, as it turned out, for life. The doctor, seeing such a strong interest, began to teach the 6 - year old girl the craft of creating sculptures from wax. Maria's first known work was a figure of the famous French philosopher Jean - Jacques Rousseau, which brought her fame and popularity. Orders began to pour in. Next came the figures of Voltaire and the American politician Benjamin Funklin.
The revolution in France made certain adjustments to the girl's work. Maria Tussauds made a large number of wax masks of French celebrities whose lives were cut short by the guillotine.
After the death of her master and mentor, Maria became the owner of a rather curious collection. Taking all the figures, Maria moves to London. For a long time she travels around England with a traveling exhibition. And in 1835 she opens her own museum on Baker Street, which 50 years later moved to Marylebone Street.
In 1925, as a result of a fire, most of the exhibits fell into disrepair. But since the model forms remained, and the exhibition itself was very popular, it was decided to restore the exhibits. A few years later, the museum was reopened to all comers. And at the end of the twentieth century there was a wave of branches opening in many tourist meccas of the world.

The Madame Tussauds Museum in Amsterdam is the oldest of all the branches. Each hall is dedicated to a particular subject. It is worth noting that the museum has a certain national flavor.
At the entrance, visitors are greeted by a pirate, who introduces the history of Amsterdam and takes them back to the era of the Great Geographical Discoveries. At a time when Holland was the queen of the oceans along with England. Everything is done with the right proportions and even the smallest detail of the interior is carefully thought out and masterfully executed.
Also peasants and artisans in national costumes create a special atmosphere. Of familiar faces - the greatest representative of the Golden Age of Dutch painting Rembrandt Harmens van Rijn.
Next, everyone is greeted by Madame Tussauds herself. She is an elderly, serious lady in a Victorian dress. She sternly examines all the visitors through the round glasses.
Then the meaningful encounters with the past and present begin. Some can be recognized at once. Some faces are unknown to the Russian public, and the resemblance of some figures to the original is quite distant. 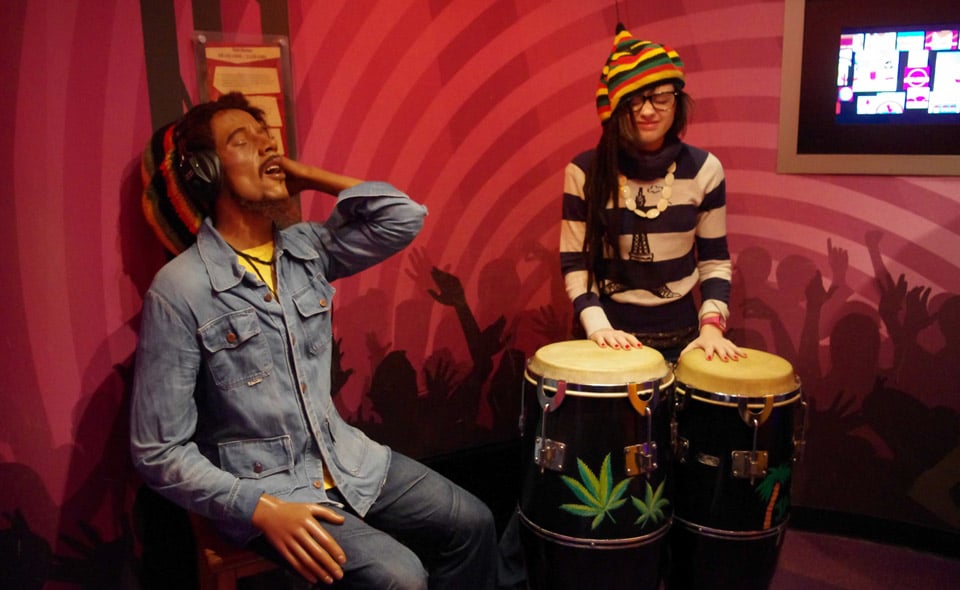 It is worth arming yourself with a camera or video camera. Because you can take pictures everywhere (except the hall of horrors). The exhibits can be touched, which gives you the opportunity to take unforgettable and original pictures.

In the hall with a plethora of bright politicians it is worth taking a photo with Vladimir Lenin - leader of the world proletariat or with Mikhail Gorbachev. If you don't recognize Russian authorities, shake hands with the Buddhist spiritual leader, the Dalai Lama, or a smiling Barack Obama. "Talk" to the monarchs of Europe, such as Her Majesty Queen Beatrix of the Netherlands or the beautiful Lady Di.
Receive a blessing from Pope Benedict XVI.
Just as impossible to remain indifferent and pass by the most eccentric celebrities: the extravagant artists Salvador Dali and Van Gogh, the physicist Albert Einstein.
But the biggest queues to get a photo are with pop (rock) stars and actors. Here is the widest field of imagination: you can see all sorts of funny variations. Sometimes, while you explore the wax sculpture, you get a huge pleasure from all sorts of ideas of the photographers:

There is also always a line to the horror room, where you will be greeted by interactive maniacs of all times. The museum's administration and visitors themselves recommend that impressionable, pregnant women and children avoid this part of the exhibition, thankfully there is a special way to see the rest of the museum without going into the room.
At the museum opened a mini-workshop, where you can try yourself as a sculptor and create from soft pliable wax figurine memory.

Address: Dam 20, 1012 JS Amsterdam
Ticket price: Adults = 22.5 euros, children from 5 to 15 years = 18.5 euros, children from 0 to 4 years = free.
Purchasing a ticket online on the museum's official website www.madametussauds.comYou get a discount of about 2 euros.
On the website you can get acquainted with the different price offers, depending on your preferences, you can choose an additional program and buy a walk through the canals of Amsterdam or another visit to 1-2 museums. Such a combined ticket will help you save a little money.
Opening hours: from 10.00 to 18.30.
After 6 p.m., the museum is open only on the way out.