Anne Frank Huis House is one of the most famous museums in Amsterdam. Everyone who visits this building will discover something new about war, fascism, the Holocaust and other horrors of the Second World War.

And yet, what is so famous for the little Jewish girl Anna, whose name the whole museum bears?

The building, erected in 1635 by Dirk Van Delft, is already a historical value in itself. First there was a mansion, then a warehouse, and in the twentieth century a company for the production of household appliances. Where Otto Frank worked - Anna's father.
Until 1933, the Frank family lived in Germany, but with the victory of the Nazi party, they did not wait for the sad development of events, but moved to Amsterdam. In 1942, the Second World War also overtook this Jewish family here. The family ignored the summons according to which all Jews had to arrive at the collection point and go to concentration camps. Everyone moved to live in this building. A close friend of the Franks, Mr. Voskwijl, designed the famous secret cabinet, behind which the whole family spent all their time.

During the day, they hardly walked or talked, since the company was working and the office functioned even during the occupation period, it was crowded and noisy. On the one hand, the noise drowned out possible sounds from the shelter. On the other hand, any careless movement could lead to failure. In the evenings, when silence fell, the windows were glued, almost ordinary life began, they dined, talked, shared their impressions of what they had read and heard.
This went on for two long years. Thirteen-year-old Anne Frank described the everyday life of her family with all the details. 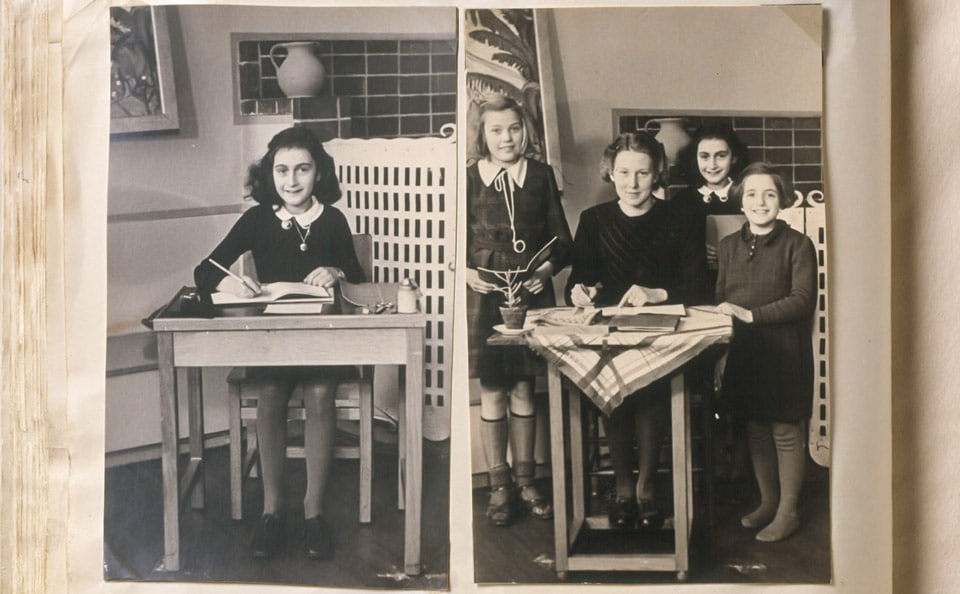 The smallest details of everyday life, conversations, feelings and experiences, and most importantly, a feeling of fear and uncertainty about the future.

But on August 4, 1944, the Nazis received a denunciation, an immediate search followed, arrest and sending the whole family to the camps. Anna died in 1945.

In the late 50s of the twentieth century, it was decided to demolish part of the quarter, including this house. But by that time, Anna's diary had already been published. It was by the forces of the public that the building was preserved, and in the 60s it housed a museum already known to the whole world.

The atmosphere of the museum conveys the details of the life in which the Franks family lived for two long years. The most valuable exhibit is, of course, the original diary of Anna herself. 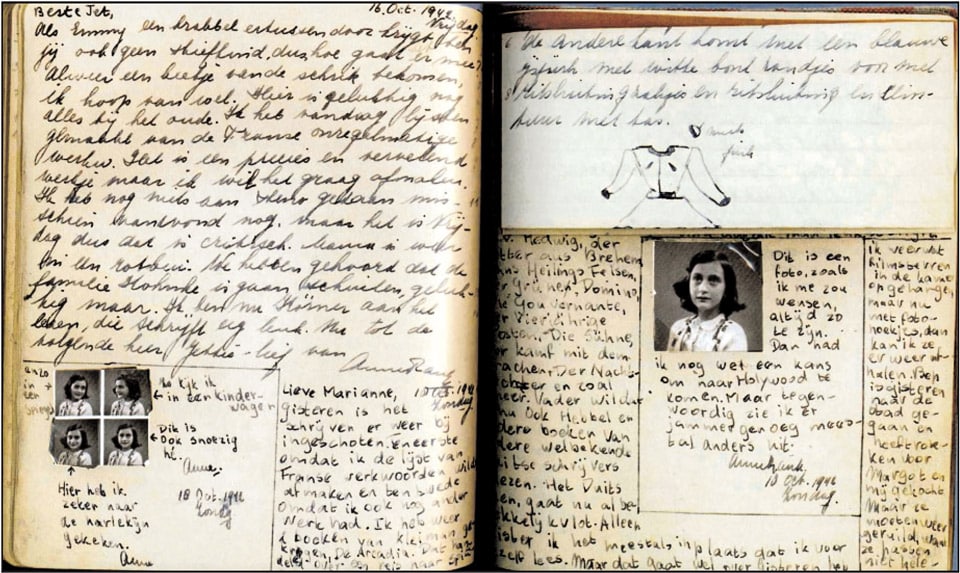 Lots of photos of the girl and her family.

There are notches on the doorframe, details of a difficult military life, especially for a family that is forced to hide from everyone - from friends, acquaintances and enemies.

Descriptions of highlights - birthdays and holidays.

Many photographs of the military life of Amsterdam, Anna's contemporaries - this double row of photographs on the ceiling makes a depressing impression.

There is also a real Oscar in the museum, this is an award received by the actress Millie Perkins, who starred in the film "Anne Frank's Diary". 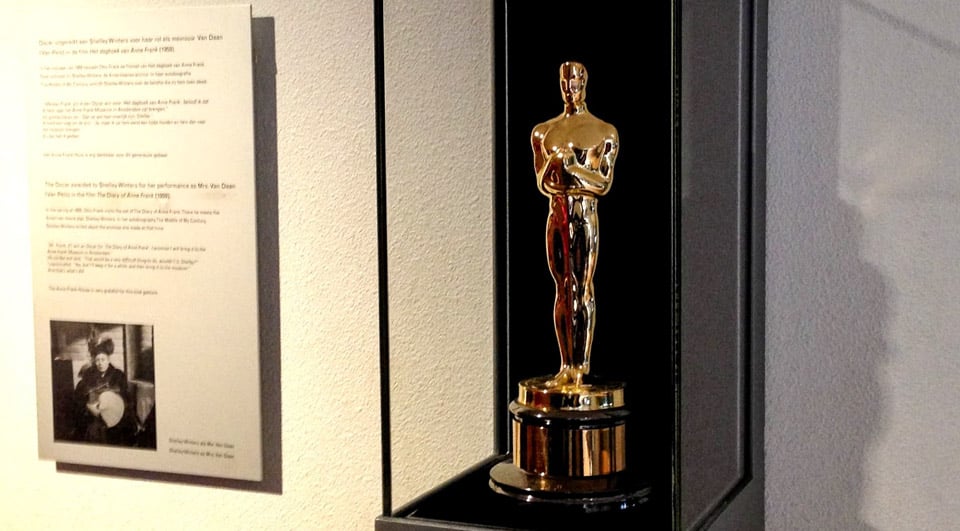 The second part of the exposition is more mobile, constantly replenishing and changing. It is dedicated to the victims of the Holocaust. Persecution and injustice, racial and national discrimination. Exhibits from this part are regularly visited and exhibited all over the world.
The popularity of the museum is enormous. Due to the large flow of visitors, the museum often has to be closed for repair and restoration work.

Entrance to the museum no later than 30 minutes. before closing.