The Rijksmuseum in Amsterdam is equal in value to the Louvre in Paris or the Hermitage in St. Petersburg.

The collection that gave rise to the Rijksmuseum was in The Hague until 1800 and consisted of works of art collected by the Stathauders, viceroys of the Habsburgs. In 1808 Louis Bonaparte, Napoleon's brother, transported it to Amsterdam and placed it in the palace, adding valuable objects from the royal dynasty.
In 1863, the question arose about the construction of a separate museum building. It was not until 1876 that the commission selected the author of the project from the many works submitted for the competition - Petrus Kuipers was chosen. In an effort to create a new national style of architecture, he mixes Neo-Gothic and Neo-Renaissance, adds a few touches and the result is still admired to this day.
But for contemporaries, the project was quite bold. At the end of the nineteenth century, puritanical mores reigned in the Netherlands, and the reigning William III was cool to it.
The museum was regularly rebuilt and expanded, and its collection is still being added to today.
From 2003 to 2013, restoration work was carried out in the building. The museum was transformed and became more modern and interesting for visitors. 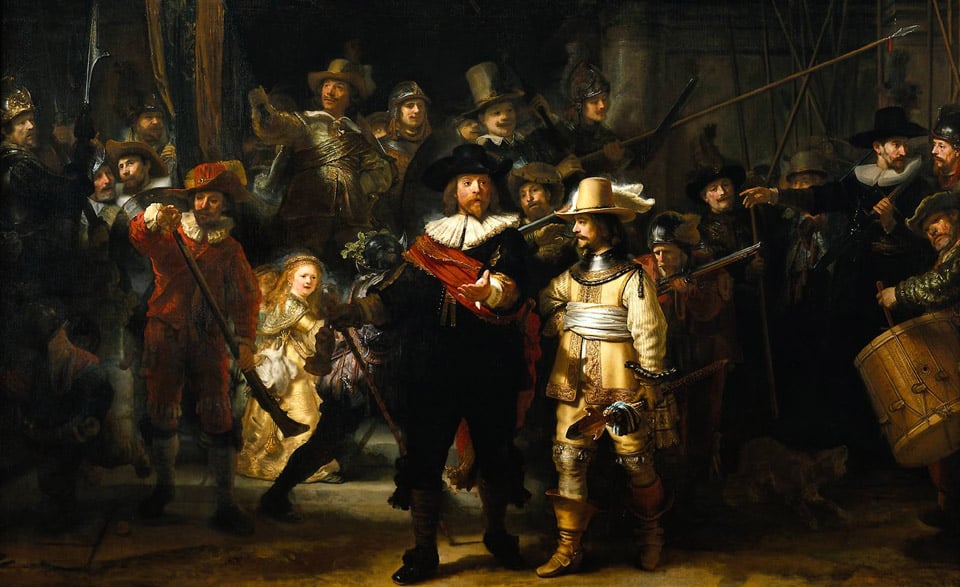 One day is not enough to explore all the masterpieces of the Rijksmuseum. Therefore, it is necessary to determine what is worth paying attention to in the first place. Everyone has his or her own preferences, but there are recognized world masterpieces that are worth seeing at least once in a lifetime:

The museum has a unique exhibition devoted to the history of the Netherlands, starting from 1100. The entire history is divided into 4 parts and presented in chronological order and examined in international content. Traveling through the floors and halls - you move smoothly from one era to another