If you dream of seeing something absolutely unique that you will not see anywhere else in the world, then the Pianola Museum is what you are looking for.
The amazing miniature museum is located in one of the old Jordaan districts of Amsterdam. The building itself is over 300 years old. The inhabitants of the Netherlands are very sensitive to antiques. 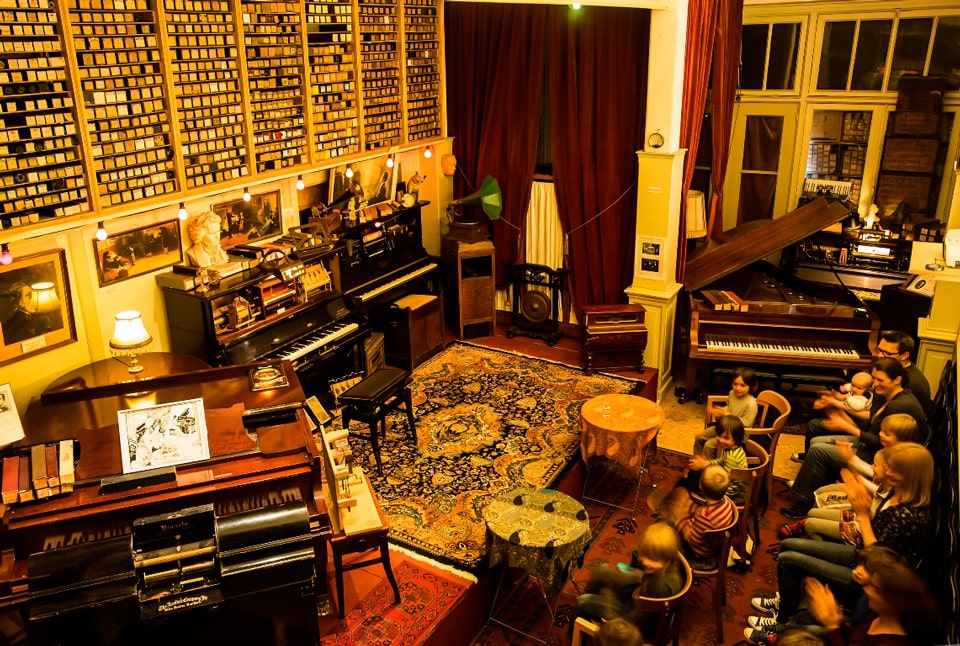 It is a careful attitude to history that allows you to preserve the originality and culture of a small state and resist the onslaught of integration.

The piano is a self-playing piano, sometimes called mechanical. Piano rolls are perforated rigid sheets of paper rolled into a roll. As they spin, they set in motion the mechanism of the instrument itself. As a result, the keys make sounds without the participation of the musician.

Pianolas were popular at the beginning of the 20th century. The highest quality instruments were produced in Germany, France and Great Britain. There were also several workshops in the United States. But the wave of popularity quickly subsided. Therefore, all mechanical pianos in the world were produced from 1894 to 1935. In total, about two million of them were manufactured in such a short period.

The museum opened in 1970. It was a small private collection of instruments and piano rolls. The collection is regularly replenished with patrons and gifts. These are not only original tools, but also documents, archives, etc.

Several old instruments, made in different styles, from different materials. Accordingly, even one piece sounds original on each of them.
Museum visitors will be told the history of each instrument on display. Most of them are in working order.

Visitors can listen to works by outstanding composers in the unusual performance of a mechanical piano.

The museum also has a large archive of piano rolls, there are about 25 thousand of them. This is a reproduction of the works of Millau, Stravinsky, Hendemith and others.
Later versions of pianols have complex mechanisms. For example, a piano mechanism was built into the piano, and a musician could sit at the instrument itself. The simultaneous performance of complex compositions by a mechanical instrument and a pianist looks and sounds very original.
Also in the archives of the museum are kept unique documents about the history of the appearance and improvement of pianolas.

Concerts and theme nights are very popular. There are always a lot of people who want to listen to the amazing sounds of ancient musical instruments and works of classical music. It's always sold out here. In addition, these evenings are held once a month. Therefore, it is worth knowing in advance about the date of the concert and purchasing a ticket.