In the red light district, not far from the Erotica Museum is an amazing museum that you wouldn't expect to see in a place like this.

This is the Amstelkring Museum (Museum Amstelkring) or the Church of Our Merciful Lord in the Attic (Ons' Lieve Heer op Solder). What is interesting is the history itself, which served as the main theme of the exhibition.

Back in the 16th century, religious wars broke out all over Europe. Tolerant of many things, Holland was quietly tolerant of members of many religious concessions.

The Calvinist Protestants got along quite peacefully with the Catholics. But the growing Protestant community demanded openness. From 1566 pogroms on Catholic churches began in Amsterdam.

The Catholic city of Amsterdam went along and gave the Calvinists a church site. This course of events did not please the fierce Catholic Philip II, who sent his troops to the Netherlands. The brutal extermination of thousands of Protestants could not go unnoticed.
A series of endless rebellions begins, which ended in 1578 with the expulsion of the Spaniards from the country and the complete prohibition of the Catholic Church. 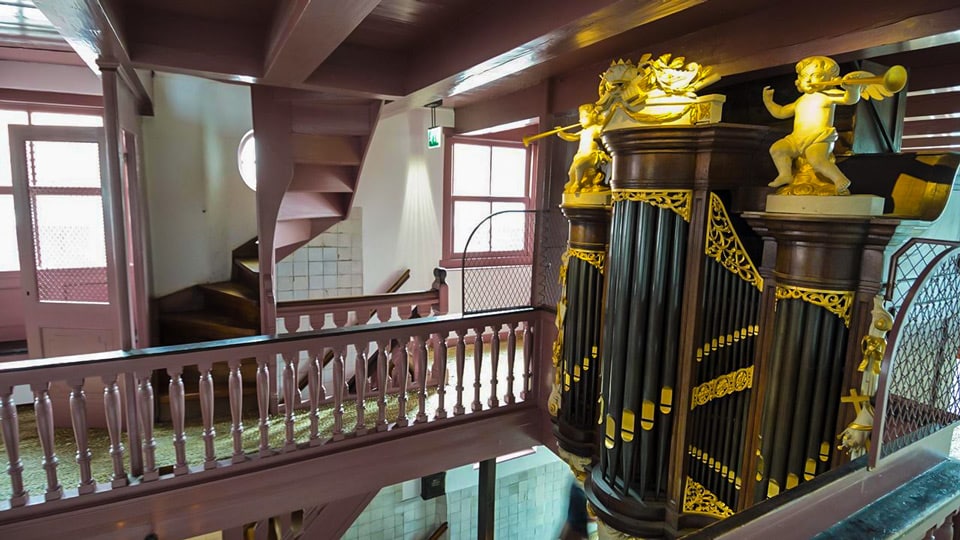 Since 1578, Catholics are forced to gather for secret services. Jan Hartmann, a noble merchant, following the example of many, set up a secret church in his house, allocating the attic and two upper floors for sermons and services.

For two centuries the church flourished and served as a refuge and solace to the Catholics of Amsterdam.

The decoration of the upper floors of the house practically repeats the classical outlines of the majestic cathedrals. While on the first floors the ordinary life of a wealthy resident of the Dutch capital was in full swing. 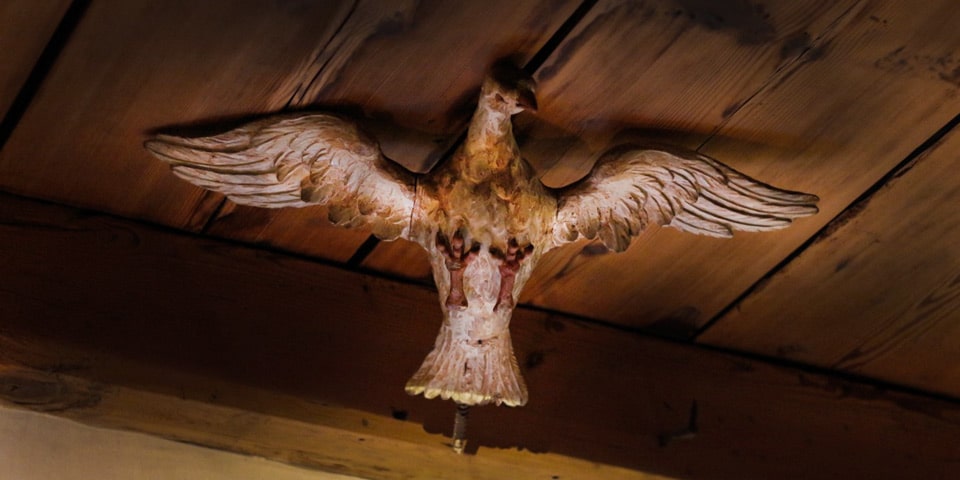 In 1739 the house is bought by the priest Ludovicus Rineers. By rearranging the interior of the rooms, he made them more comfortable for services and more spacious, allowing up to 200 parishioners to be accommodated in the small space.
Such churches sprang up in virtually every neighborhood of the city. The authorities, of course, were aware of their activities. Only the brutality of religious clashes was alive in the memory of many generations. To avoid disturbances and bloodshed, secret churches were simply turned a blind eye.

The ban on Catholicism was lifted. In 1888 the Amstelkring Museum received official museum status.

The museum building, built in the style of classicism and is a monument of architecture. The interiors have preserved details of everyday life and life of the house during the period of secret services.
The exhibition presents an original collection of church utensils, silver, rare ancient documents and drawings of religious content. 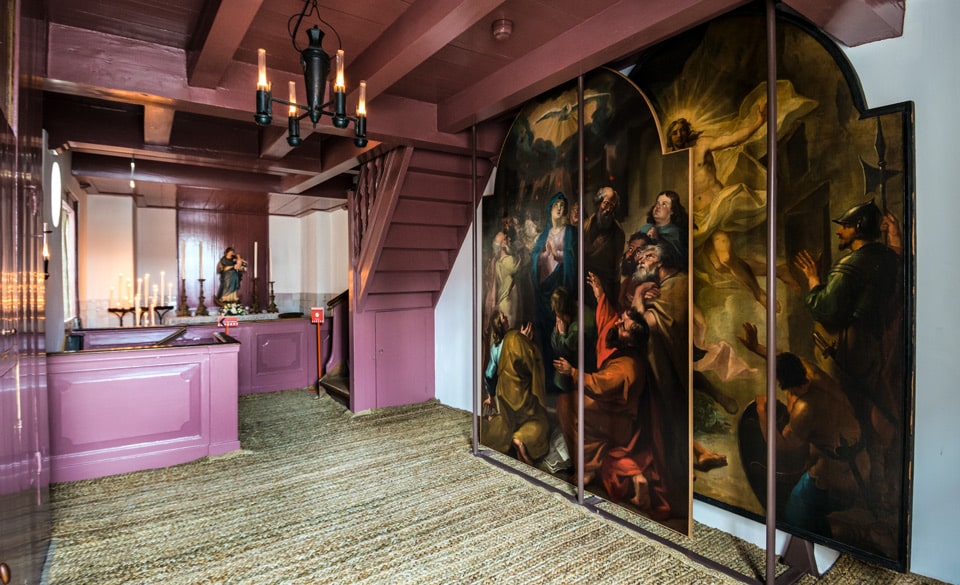 The living room, kitchen and other rooms are designed in the traditional Dutch style of the 17th century. It is furniture with amazing paintings, the kitchen with devices that will surprise and amuse modern hostesses.
But the main treasure is the Church itself, where in excellent condition you can see the paintings of Jacob de Wit himself, as well as the magnificent altar and organ.